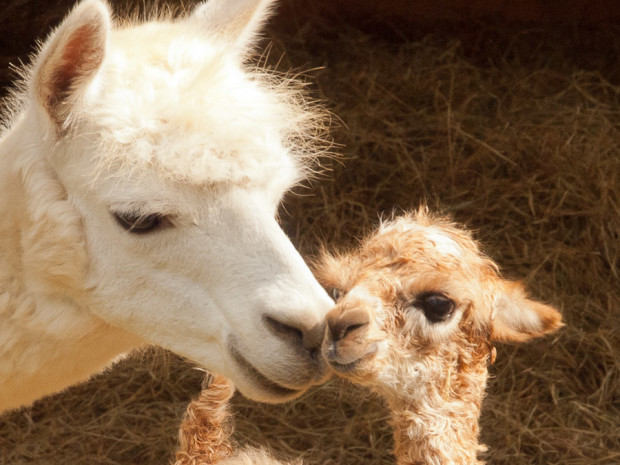 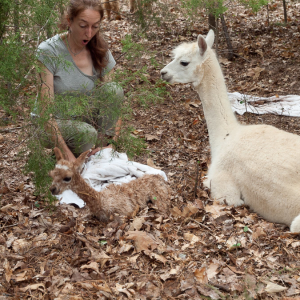 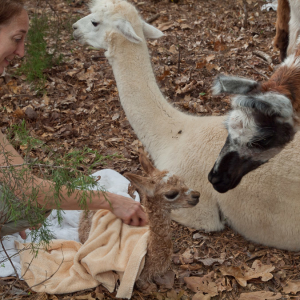 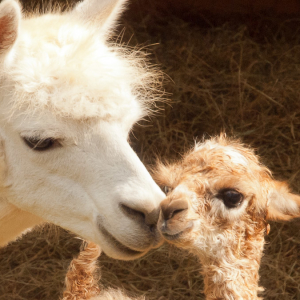 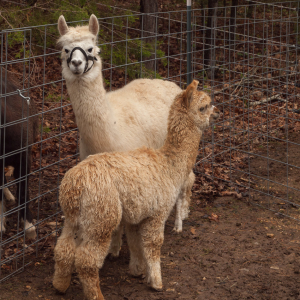 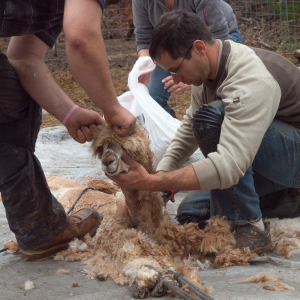 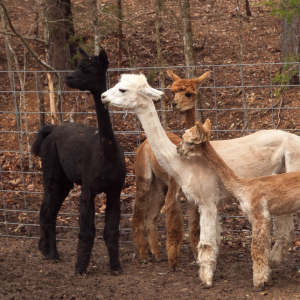 Six months ago a new arrival happened at our Lake Lucerne Resort & Ranch. Woody, a baby Alpaca,  weighed in at 15.6 pounds. He was up and posing with his mom, Qatar, in minutes. The second he arrived, Atticus one of our Llamas was checking him out. Atticus is responsible for his overall safety, and wanted to be sure all of his parts were in order.

Woody has passed his six-month birthday and has experienced his first shearing. It was a little traumatic but he tried to be brave. His aunts and mom threw a fit but we think he liked getting rid of his bulky fleece coat. Think he thought he was just getting some extra love with that vibrating machine. He’s looking very smart and ready to greet our Lake Lucerne Resort & Ranch guests for the summer season.